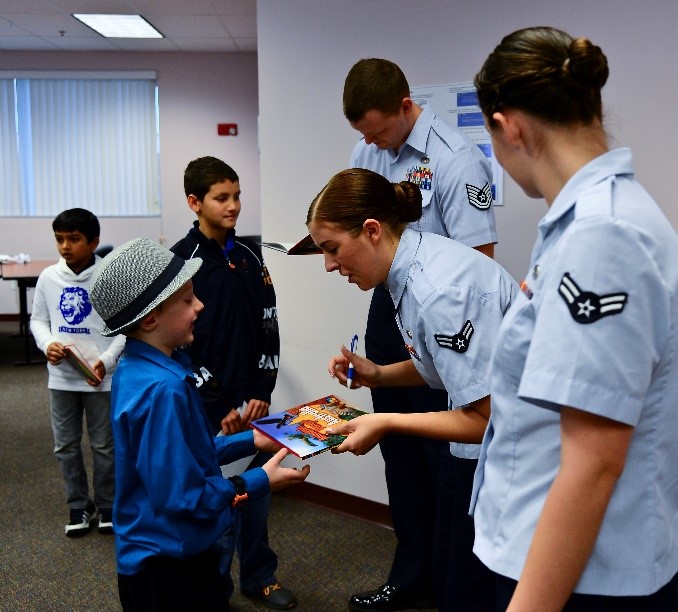 Children grow and mature at very different rates, you only need to look at the first-year students in any secondary school.   So, children cope with responsibility at different rates also.   The ability to cope doesn’t necessarily correspond to the age of the child.   For example, not every eleven-year-old is mature enough to be allowed into town with a bunch of friends.   Fourteen-year-olds can be under a lot of pressure from their peers to go to the local disco, but they may not be ready for it.   Some girls are quite mature at fifteen and make competent babysitters, others are not.

From an early age parents can be preparing children to take on these bigger responsibilities by giving them small responsibilities.   Firstly, they can take on tasks within the house, keeping their rooms tidy, choosing what to wear, taking turns to make decisions about family outings, baking or cooking, mowing the lawn or washing the car, going to the shops with a list, taking a bus ride alone, going to the local cinema with friends during daytime and so on.

If, as a parent, you feel your child is not mature enough to cope with the situations she might encounter then don’t allow her to participate in that activity until she is older.   She may not understand why she has such old fashioned, horrible parents, but deep down she will feel a lot more secure than if she had been allowed go.   If you allow your children to go to a disco at thirteen you can’t stop them from going at fifteen, when, too late, you think they have got in with the wrong crowd.   It’s much the same with a part-time job.   The young person gets used to having money and it is very hard to give that up when you want them to study for exams.   It can be a good experience for a teenager to work provided he is encouraged to use his earnings responsibly without taking all the fun out of life.

Adult peer pressure is very much alive.   Your child will come in and tell you ‘I’m the only one in my class not allowed to go.’   This is rarely true.   Ring around on a few of the other parents if you are being put under severe pressure and you will find some of them glad of your call because they are under the same pressure from their child.   Other parents will laugh at you from being ‘over protective’ and treat you as though you were a nuisance.   These parents haven’t the confidence to stand their ground or are so wrapped up in their own lives they don’t really care where their children are or what they get up to, so long as no one comes knocking on their doors to complain.

From Child to Adult

Tom at eighteen is legally of age and thinks he doesn’t have to answer to his parents anymore.   Tom has just completed a training course and has got a job which pays €180 per week after tax.   He lives at home where he is the second eldest of five children.   He hands up €20 per week and thinks he is being generous.   For this he has bed and board with laundry done and his share of the bills paid for him.

Tom also thinks he can come and go as he pleases, arriving home at two and three am, then expecting his mother to dig him out of the bed for work in the morning.   If Tom was saving a good portion of his income towards a place of his own his parents might be willing to allow this situation  to continue for a year or so, providing he was willing to tow the line and keep the house rules.   He would be expected to come in at a reasonable hour and contribute to his keep by helping at home.   However, Tom is not saving.   His example to the younger members of the family is not good.

Tom’s parents need to have a serious chat with him, giving him choices, e.g. reminding him that as an eighteen-year-old and earning he is now responsible for himself.   ‘We as your parents have done our duty.   If you want to continue living here you must contribute €80 per week, be home by 11pm on week nights and 1am on Friday and Saturday nights.   We expect you to tidy up after yourself and to babysit for us occasionally.’

‘Alternately, we will help you to find a place of your own and give you items of furniture and kitchenware for it.   You will pay your own rent, electricity, WiFi, food and clothing bills.   You can then come and go as you please and live according to your own standards.   Should you choose this option and it doesn’t work, you are welcome to come home again, but on the terms we have spelled out.   Or, maybe you have another option in mind!’

You may think tom’s parents are being unreasonable in their demands.   If they allow him to continue behaving as he is, he will have the unrealistic expectation that life and society owe him something.   When these expectations are not met, he will be disappointed.   With a greater sense of his right to take than of his responsibility to give, he will probably be unhappy in marriage too.   The same example could apply to a daughter as easily as to a son.

If you feel isolated in the task of parenting older children, why not get a Parents Support Group going in your area or participate in a Teen Parenting Course.

These are the terms and conditions of AHCAI - ALLIANCE OF HEALTH CARE ASSISTANTS IN IRELAND website.
The website is owned by AHCAI Alliance of Healthcare Assistants in Ireland, a Not for Profit Company Limited by Guarantee CRO Number 572079 and its registered office is Carmichael Centre, North Brunswick Street, Dublin 7.

Copyright and reproduction of content
AHCAI owns the name and logo of AHCAI.IE. You cannot use it without first getting AHCAI permission. AHCAI owns or has been allowed to use the materials, pictures or videos on this website. If any materials, pictures or videos on this website are owned by someone else, it will say they are, and then you will need to ask that person's/organisation’s permission to use them.
AHCAI authorises you to reproduce the content of this site solely for your personal, non-commercial use provided AHCAI is acknowledged as creator of the content, with all copyright, trade mark and other proprietary notices are kept on the material; and is given reasonably prominent acknowledgement that you have created such content and provided it is not used in a context which damages our reputation.
You must not change any information, pictures or videos that you get from this website. You must only use information, pictures or videos exactly as they appear on the website, and if you use a video that you got from this website you must not use just part of it. Unauthorised use of the content may violate copyright, trademark and other laws.
AHCAI does not allow our information to be used on other websites without written consent.

Security of payments
Any payments made via this website are processed via Paypal Express. Although this website uses encryption security software in areas where online payment details are accepted, we cannot guarantee the security of information and payments processed on the internet.
If you suffer any loss when you give any payment information in an email or other internet links this is your responsibility and AHCAI and its agents will not be liable.